Vincent Poirier Ready to Prove Himself to Celtics, NBA 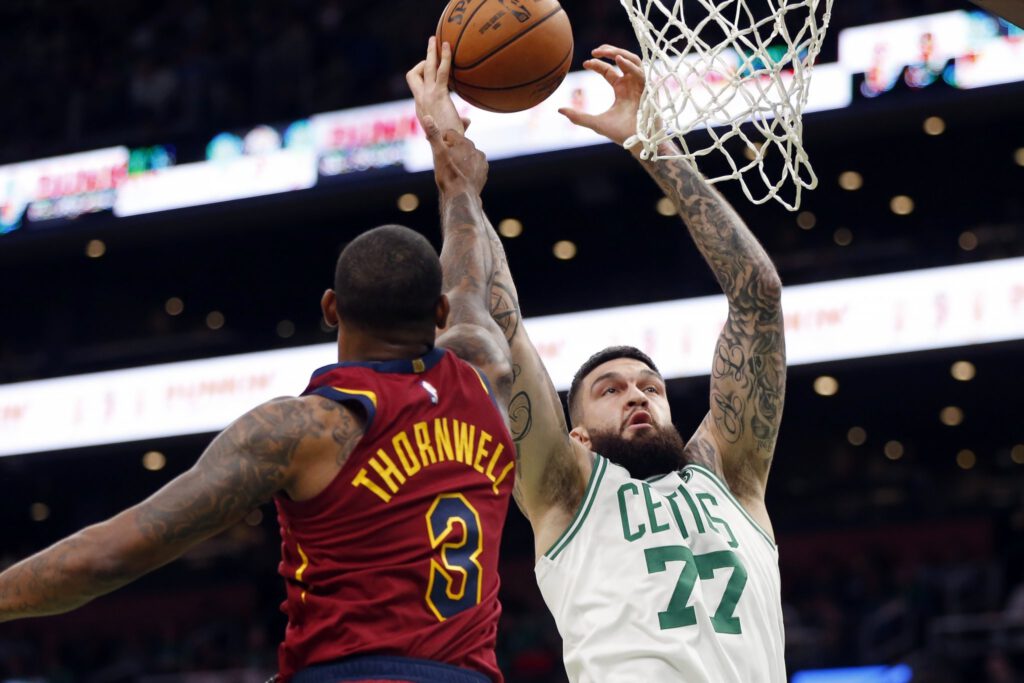 In 2018, Celtics big man Vincent Poirier knew he was ready for the NBA.

Entering his second season with Saski-Baskonia — a Spanish club team — at the time, Poirier was ready to take his game to the next level. He averaged a career-high 11.9 points, 8.3 rebounds and was gaining attention by scouts, specifically, from one of the most storied franchises in the NBA.

The Celtics expressed interest in bringing the 6-foot-11 center to the states. However, Poirier, who was in the midst of his best season, wanted to resume talks with Boston after the season but said he knew it was a leap he was ready to make.

“Before last season, I was ready,” Poirier said. “I feel like I’m ready with my basketball (skills) and my mentality (at this point) in my career. After last season, I felt like I was ready to move to something bigger and said ‘this is what I need.’ You know, it’s always hard to move from another country to the NBA during the season so it wasn’t the best choice (for me at the time) but we stayed in contact with them.”

With two vacant spots in the frontcourt left behind by Aron Baynes, who was dealt to the Suns during the draft, and Al Horford, who chose to sign with the Sixers in free agency, the Celtics wasted very little time. They inked Poirier to a two-year deal worth the veteran’s minimum.

For a player who entered the 2015 NBA Draft but went undrafted, Poirier looks at this new opportunity as a blessing and a chance to prove he belongs in the U.S. and can survive his first years in the NBA. He hasn’t set any lofty goals nor did he ask head coach Brad Stevens about playing time or what his role will be prior to signing his new deal.

Instead, Poirier is focused on sharpening his skillset and competing against some of the best basketball players the world has to offer.

“I try to take my habits, bring them up to move and collect everything that is new,” Poirier explained. “I try to (polish) my habits, get comfortable while (I’m) on the court. Game after game, it’ll come more natural.”

Poirier, who turns 26 this week, showed value on the defensive end of the floor. Throughout the preseason, he proved to have plenty of upside in defensive positioning as he was able to alter shots at the rim and battle down low against opposing big men.

He finished with a game’s best plus-28 game rating to go with his eight points, six rebounds and a pair of blocks and steals in the Celtics’ preseason finale against the Cavs Tuesday night. He joined a slew of rookies such as Carsen Edwards, Grant Williams, Tremont Waters, and Tacko Fall, who showcased their talents in a big way.

While Poirier’s performance flew under the radar, his experience is certainly one thing that won’t go unnoticed by Stevens and the rest of the Celtics coaching staff. He stood out alongside frontcourt teammates like Robert Williams, Grant Williams, and Fall, showing glimpses of a player with high basketball-IQ via defensive positioning and set screens.

“That could be one of those deals where he doesn’t play one night and starts the next,” Stevens said when asked about Poirier. “All those bigs are a little bit different, a little unique.”

Poirier plans to implement the experience he gained in Europe to his first year in Boston to prove to everyone, including himself, that there’s a place for him in the NBA and that his fit with the Celtics has the potential to be a lasting one.

“Just showing I can play in the NBA,” Poirier said. “The first season is always hard to play for the first season here (Boston). I want to impose myself a bit during the season and then after the NBA season I can say, ‘OK’ next year, ‘I’m okay.’

How Did the Celtics Fix Their Offense?