With both the holiday spirit and COVID-19 in the air, we take a look at three games to watch across the league. 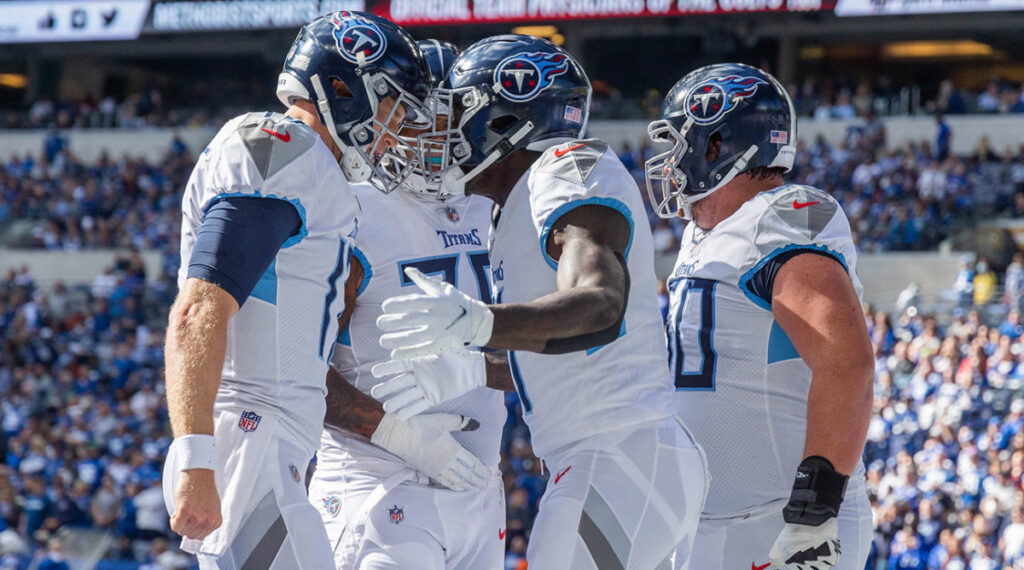 The COVID-19 virus is once again making it’s way around the NFL. The Browns, the Rams, and the Washington Football Team all had major outbreaks this week and as a result, their games were postponed to Monday and Tuesday. With other professional sports leagues starting to cancel games and limit stadium capacities, the flashbacks are becoming very real – to say the least..

Anyway, for the games that will be played on Sunday, here are my three to watch with my predictions and picks sponsored by BetOnline.ag:

Have I mentioned that the AFC playoffs are coming down to the wire? With an astounding seven teams within striking distance of the three wild card spots, games like this Tennessee/Pittsburgh game mean a lot to more than just the Titans and Steelers.

Tennessee was bit by the injury bug a few weeks ago, but got a week off at just the right time and seem to be headed in the right direction. They hope to have start running back Derrick Henry return for the post season, but earning themselves the first-round bye would bode well for the run heavy Titans.

Meanwhile, Pittsburgh is just trying to stay afloat. After taking down the Ravens in a tight division matchup two weeks ago, they fell behind to the Vikings early last Thursday and couldn’t pull themselves out of the hole. What’s looking like Ben Roethlisberger’s last season could also be a playoff-less campaign for the Steelers.

After what was essentially a double-bye (the Titans whooped the coach out of Jacksonville last week), Tennessee was able to get healthy and outside of Derrick Henry, should have just about all of their pieces ready to go for the stretch run. Although they’ve had some rest as well, Pittsburgh may be down for the count after that hard fought loss to Minnesota.

Tannehill gets Tennessee their second win in a row and keeps them in contention for the one seed.

The Packers have won three of their last four games and Aaron Rodgers has the offense HUMMING. They’re averaging 38 points per game over the last three weeks, and Rodgers seems to be out for blood in the MVP race.

In Baltimore, Ravens quarterback Lamar Jackson did not practice this week, paving the way for the Tyler Huntley show on Sunday. Not only are they losing their signal caller, but they’ll be without their top rusher as well as Jackson leads them with 767 yards on the ground. The Ravens have actually had two decent showings this year with Huntley behind center, so we’ll see what the former Utah Ute can do for them.

As much as I like watching Huntley play, I see him as more of a “throw me into the fire” quarterback rather than one who a top defense has a full work week to prepare for (see Jacoby Brissett). With the Packers being in a dog fight for the one seed in the NFL, they’ll take care of business on both sides of the ball and move to 11-3.

What’s a NFL games to watch article without Tom Brady? The GOAT has the Bucs rolling again and with (-200) odds to win the NFL MVP award according to BetOnline.ag, he’s poised to break his own record as the oldest player to win an MVP in the four major sports. Chris Godwin has been an absolute monster this season and with 25 catches over the past two games, he’s quickly become Brady’s favorite target.

The Saints pulled out a victory last weekend against the Jets, snapping their five game losing streak. Tim Tebow wannabe Taysom Hill must know where the bodies are buried in the Bayou, as there’s no other explanation as to why he’s paid the way he is and starting games in the NFL. This Saints defense has way too much potential to be put to waste, and I believe New Orleans will be in the market for a new quarterback in 2022.

Despite all of the Taysom Hill slander above, I think New Orleans can keep this one close. Aside from last season’s playoff game, the Saints have had Tom Brady’s number over the last two years, and Sean Payton is too good of a coach to not have something schemed up on offense for the former BYU Cougar.

Brady and the Bucs will pull this one out, but I think the Saints will grind it out and cover +11.