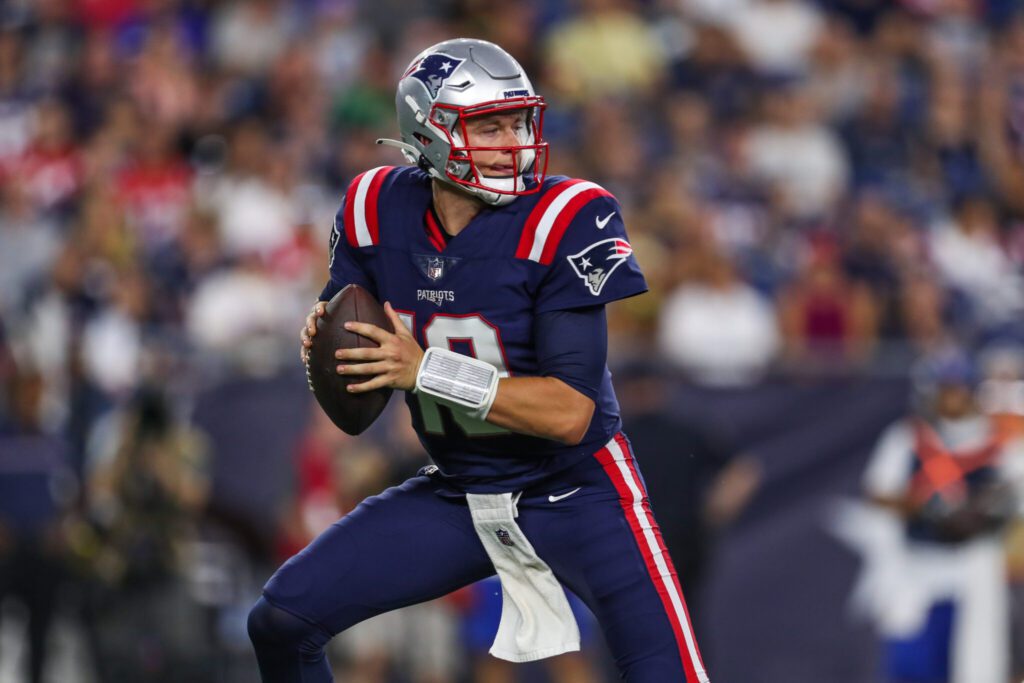 Week one of the NFL season is here. The Patriots are set to begin their 2021 campaign on Sunday against the Miami Dolphins from Gillette Stadium. They’ll kick off at 4:25pm and can be seen on CBS.

Here are the betting lines for the season opener from our exclusive wagering partner, BetOnline.ag:

The number one story going into this game and the Patriots 2021 season as a whole is their rookie quarterback, Mac Jones. Jones impressed all preseason long, and snatched the starting quarterback job from veteran and former MVP Cam Newton. According to BetOnline.ag, Jones is now the odds on favorite to win the Offensive Rookie of the Year award.

Jones is set to face off against his former teammate at Alabama, Tua Tagovailoa. Tagovailoa had an up-and-down rookie season in Miami, and after not being named a captain of the team some are already questioning the amount of time he may have left at the helm. Sunday will mark the first time since 1983 that two Alabama quarterbacks will start against each other in the NFL.

Ahead of Sunday’s game, Brian Hoyer was elevated from the practice squad, presumably to backup rookie Mac Jones. Kicker Nick Folk was also elevated to the active roster. This could potentially mean the end to kicker Quinn Nordin’s run.

The #Patriots elevated QB Brian Hoyer and K Nick Folk from the practice squad, per the wire.

Linebacker Ronnie Perkins and OT Yodney Cajuste are both listed as questionable on the injury report. Joining them are WR Nelson Agholor and DB Jalen Mills. According to Jeff Howe of The Athletic, they both have a chance to play.

Nelson Agholor and Jalen Mills, who both missed practice Thursday with ankle injuries and are listed as questionable, each have a chance to play tomorrow against the Dolphins, according to a source. @TheAthletic

Dolphins wide receiver Preston Williams is listed as questionable with a foot injury, along with tackle Austin Jackson who was just taken off of the COVID-19 list.

Tight end Adam Shaheen is out on Sunday due to COVID-19.

I think the Patriots are back. After a monster offseason and having a pulse now at quarterback, I expect this team to compete for a playoff spot this season.

The Dolphins are a tall task, but I think New England will be able to handle it. For more insight, check out CLNS Media beat reporter Evan Lazar’s Patriots game plan preview HERE.