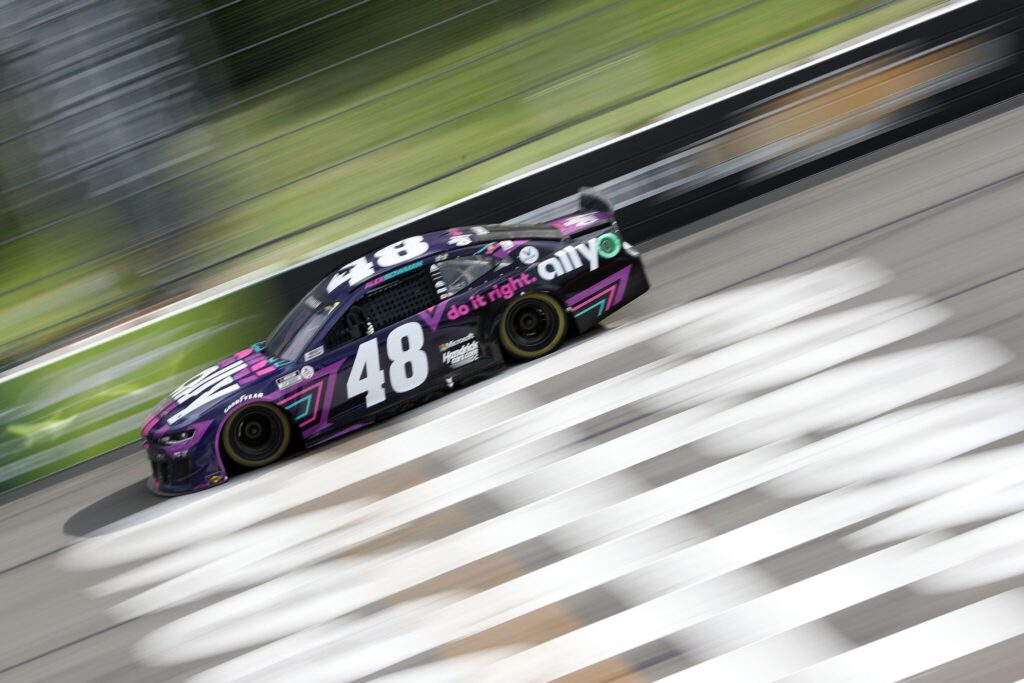 Alex Bowman won the Pocono Organics CBD 325 from Pocono Raceway in the first-half of the Pocono doubleheader on Saturday afternoon.

Bowman took the lead on the final restart and had a hard battle with teammate Kyle Larson for the lead over the final 20 laps.  Larson got around Bowman in the closing laps, and looked set to win his fourth-consecutive points race.

Headed into the final corner, Larson’s left-front tire came apart and that allowed Bowman to get by to get to victory lane.

Bowman said he thought he had given the win away after Larson took the lead.

“We kind of gave the lead away; we were on two tires and just got super tight,” Bowman said.  “Tried to hold him off as long as I could.  We didn’t run that good all day, so I’m kind of in shock.”

Larson still finished ninth after riding the wall around the final turn.

Larson said he was upset that his win streak came to an end after fighting his teammate for the lead.

“Hate that we didn’t get another win; would have been cool to win five in a row,” Larson said.  “One thing that’s kind of keeping me excited – and not depressed – is we get to go back again tomorrow.”

With no tire problems during the race on Saturday, Larson said he didn’t have any indication that the tire was going to come apart.

“I felt something right in the middle of the tunnel and wasn’t quite sure what it was yet,” Larson said.  “Then it kind of shredded halfway through the short-chute there and couldn’t turn.”

“Hate that we didn’t get the win, but cool that Alex still did.  Cool to keep Mr. H’s streak going.”