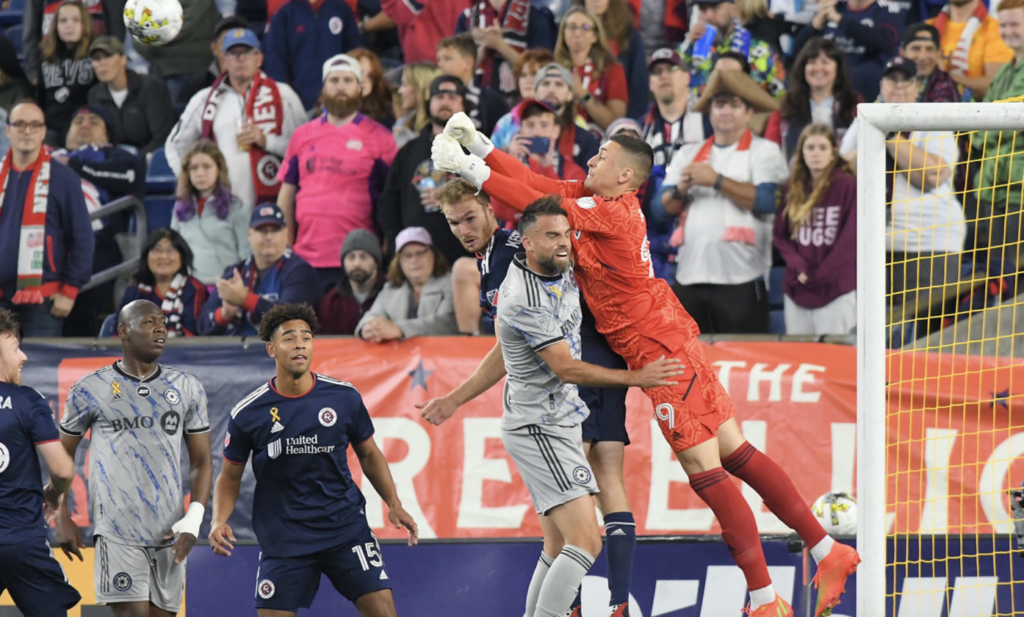 FOXBORO, MA – A season-high 35,455 fans were not enough to propel the slumping New England Revolution to victory as the Revs were blanked by CF Montreal , 1-0 on Saturday night at Gillette Stadium.

On the deciding sequence, Romell Quioto broke free and found Johnston at the back post after the Revolution protested a non-call handling on Kamal Miller, who had been faked to the ground by Dylan Borrero.

“I looked at the replay and it looked like he handled the ball,” Revolution sporting director/head coach Bruce Arena said. “The VAR is highly unpredictable. This notion of clear and obvious, wouldn’t you think you would use video replay when it’s not clear and obvious? If it’s clear and obvious you should make the call. I think they’ve got the thing completely backwards.”

New England has lost three in a row for the first time since a four-match losing run that spanned late March and early April. The Revolution were outshot 18-10 overall, though they did tie Montreal in efforts on target and force Sebastian Breza into three saves.

Bruce Arena tried to shake things up to no avail, made three changes to his Starting 11 from Tuesday’s match with Jon Bell, Christian Makoun, and Justin Rennicks starting in place of DeJuan Jones, Maciel, and Wilfrid Kaptoum.

New England (9-12-11, 38 points) entered the match with its playoff hopes on the line. The 2021 Supporters’ Shield winners began the night in 10th in the East, three points behind seventh-place Columbus, which now has two games in hand entering Sunday’s home match against Portland.

The Revolution remain in playoff contention but they would be 3 points away from elimination should the seventh-place Columbus Crew defeat the Portland Timbers Sunday.

The Revolution have two games remaining. Next up Atlanta United FC on Saturday October, 1.