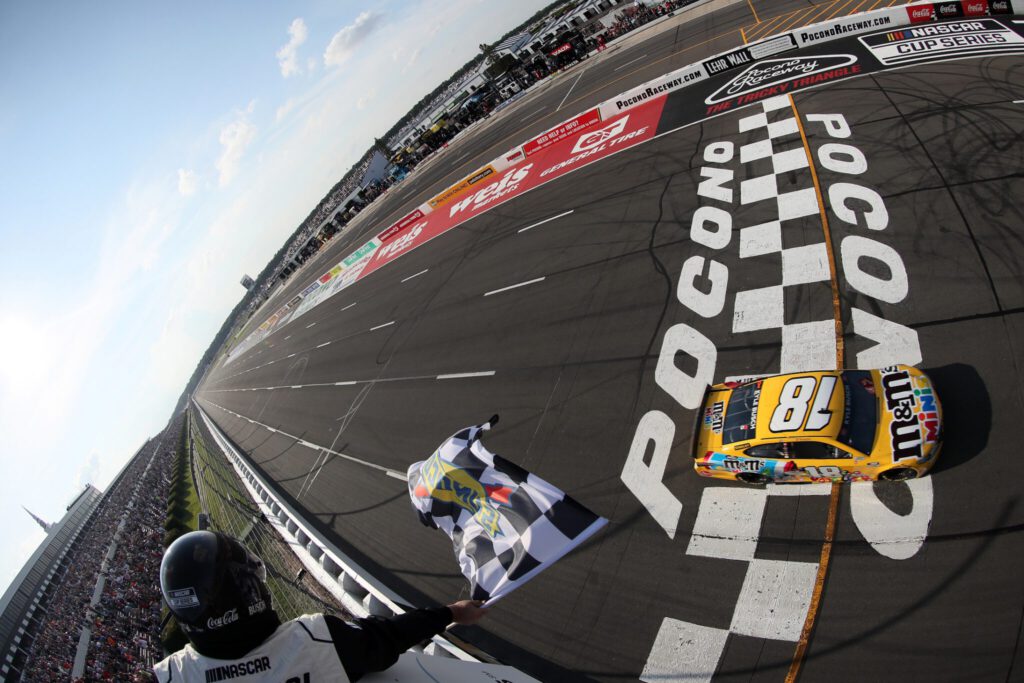 Kyle Busch won the Explore the Pocono Mountains 350 from Pocono Raceway on Sunday afternoon in the second race of the Pocono doubleheader.

Busch persevered through numerous struggles with his car throughout the race. In the second stage, Busch’s transmission got stuck in fourth gear and they lost the clutch.  That caused Busch to struggle getting on and off pit road along with restart issues.

While the team attempted to fix the issues, Busch pitted a lap later than the rest of the leaders.  Fuel became an issue over the final run, and Busch inherited the lead when William Byron and Denny Hamlin ran out of gas.

Busch said he didn’t think he could win after struggling with the shifter all day.

“Just playing the strategy the best we could with what was given to us,” Busch said.  “I still felt like we had the fastest car even though we were in the back and behind.”

Busch said the biggest struggle throughout the race was getting caught back up to the field before the restarts with his car unable to accelerate properly.

“Trying to time the restart right,” Busch said.  “Leave pit road and then come back around and be at full speed by the time the field takes the start/finish line.  We were a little bit off on that.”

Kyle Larson finished second on Sunday, and said the difference may have been Busch’s late pit stop.

“I thought [Busch] was going to run out,” Larson said.  “I saw [Denny Hamlin] run out and…they’re teammates.  I guess the 18 did pit a lap after us under caution, so that actually probably won them the race.”