Should Boston pounce on the chance to trade for the superstar? 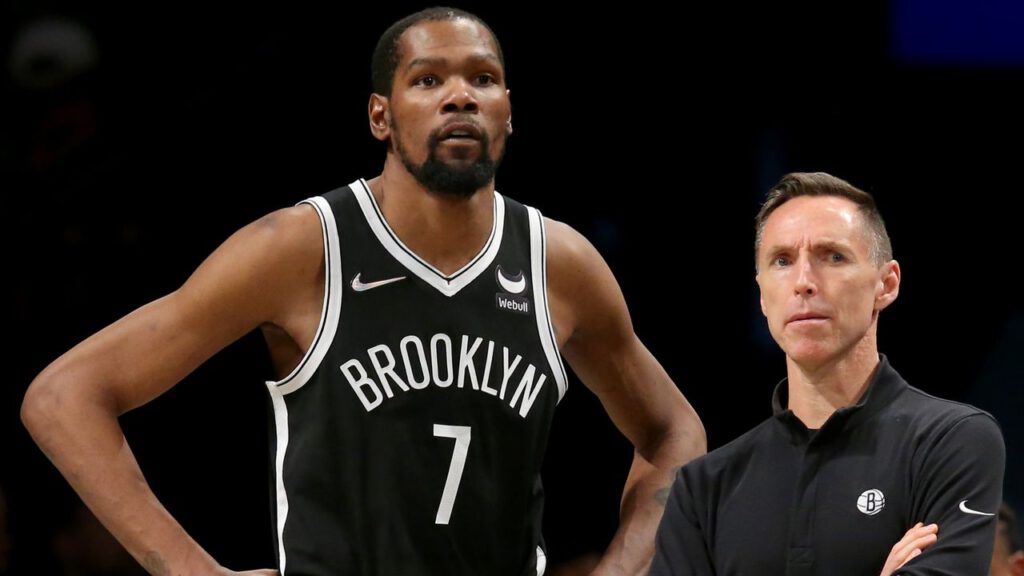 Kevin Durant’s trade request from the Brooklyn Nets got even stickier on Monday afternoon. According to The Athletic’s Shams Charania, Durant had “a meeting with Nets owner Joe Tsai, reiterated his trade request, and informed Tsai that [he] needs to choose between Durant or the pairing of general manager Sean Marks and coach Steve Nash.”

When Durant’s trade request became public back in June, the Celtics held just 28/1 odds to land the 12-time All-Star according to our exclusive gambling partners at BetOnline.ag.

The Celtics are also the favorites to win next season’s NBA Finals, with 4/1 odds to hoist the Larry O’Brien at season’s end. Here’s a look at BetOnline’s top five:

In Shams’ report on The Athletic, he also notes that:

Durant has grown close with Boston coach Ime Udoka in recent years after Udoka spent a year with Durant as an assistant in Brooklyn and later with Team USA for the 2020 Tokyo Olympics.”

So, despite more reports that the Celtics Brown-centered offer was never really there, Shams remains adamant that the deal was real – and is seen as “viable”. Charania also points to Durant’s relationship with Celtics coach Ime Udoka as a reason why the deal could be made.

CLNS Media’s Bobby Manning, who was originally a proponent for the Celtics trading for Durant, shifted gears after today’s report:

It’s a startling request given Durant’s longstanding relationship with Nash, apparent role in the ousting of former coach Kenny Atkinson that led to Nash’s ascent and Marks’ willingness to roll with Durant and Kyrie Irving’s suggestions. It’s a decision that reflects poorly on Durant’s leadership and accountability, and the Nets’ ability to reconvene successfully. Durant’s continued insistence on a trade, seeking a change of scenery, along with Charania again reporting the Celtics are a significant candidate to land him kept the prospect of the significant change in Boston alive. Durant’s latest instance of organizational meddling should give the Cs pause.

The greatest warning sign against a Durant trade was never about age, decline, injury concern or the cost of acquisition though. This is the latest reminder of questionable leadership from the star, who alongside Irving arrived in Brooklyn insisting that the team also sign declining center De’Andre Jordan to a four-year, $40-million. Jarrett Allen’s starting role under Atkinson became a point of contention in year one even as Durant sat injured and Irving sporadically entered and exited the lineup. Before long Atkinson, who successfully rebuilt the team alongside Marks despite the damage of the Paul Pierce and Kevin Garnett trade, was gone.

I tend to agree with Bobby here. Though I do think that assuming Durant would up-and-leave again because of what he’s doing now to Brooklyn is a but much, these staunch demands should definitely give Boston pause.

From a betting perspective, I think that Boston (-175) to land Durant is probably the smartest bet. They have the most assets and continue to have the most interest in the star.

As far as winning the title goes – I love the Celtics chances again next season, but +400 is terrible value for them. this number is severely juiced because of the Durant rumors, and you’re bound to find a better number later on this offseason or once the season begins.