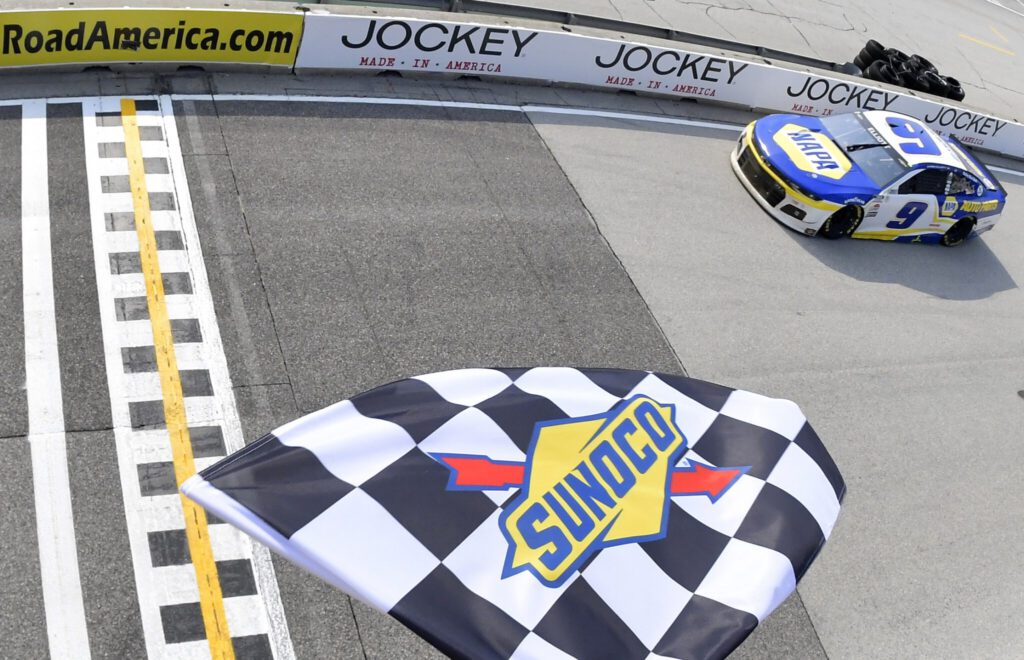 Chase Elliott won the Jockey Made in America 250 from Road America on Sunday afternoon to pick up his second win of the season.

Elliott once again showed his strong road course racing abilities as he started in the back of the pack and drove all the way to the front.

After a late caution in Sunday’s morning qualifying session, Elliott was unable to get a complete lap in and had to start 32nd.

Throughout the difficult race, Elliott said tire conservation on a hot day was a key to getting to the front.

“Really proud of our team for overcoming some adversity early and having to start in the back,” Elliott said.  “It was a hot day. I think conserving your tire was really a little bit of a thing today, which to be honest we don’t have a lot of anymore.”

Elliott was dominant on Sunday, and led a race-high 24 laps on his way to his seventh career road course victory.

Elliott said he found his rhythm halfway through the race at a track that hasn’t been on the Cup Series schedule in over 60 years.

Christopher Bell finished second on Sunday, and he showed that his win at the Daytona Road Course early in the season was not a fluke.

Bell said he believed he could have gotten to Elliott if not for a penalty earlier in the race.

“I kind of buried ourselves there when I got a pit road penalty,” Bell said.  “I feel like we’re getting back on track. There’s not reason we can’t be running up front every week.”