Larson Continues to Dominate, Wins in NASCAR’s Return to Nashville 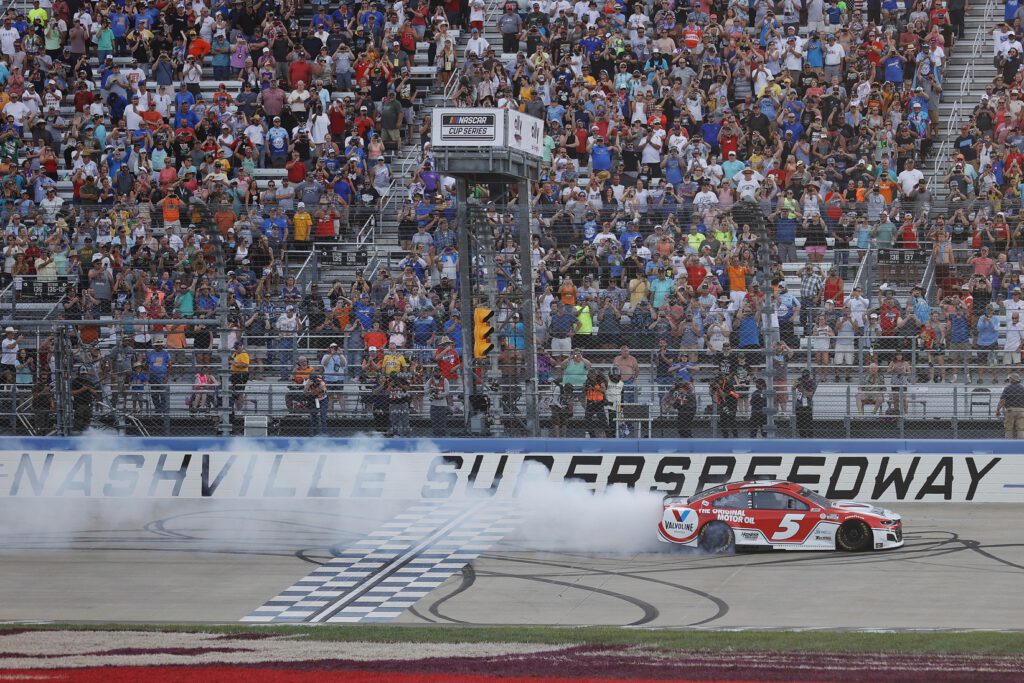 Larson turned in another dominant performance on Sunday, and led a race-high 264 laps on his way to victory lane.

Larson said his car was fast enough that he only had to defend the lead on restarts.

“We never really had to run behind people,” Larson said.  “If one of my teammates had gotten out front, it probably would have been hard to pass them.”

The victory was Larson’s third in a row, in addition to his win in last weekend’s All-Star Race.

Larson said his team brought another strong car to continue his dominant summer.

“The Valvoline Chevrolet was really good,” Larson said.  “Our pit crew did an awesome job again…I just hope we can keep it going.”

Ross Chastain was the highest-finishing driver who pitted under the final stop to top-off on fuel, and he finished second.  After he got around the other leaders who were saving fuel, he was still five seconds behind Larson and ran out of laps to catch the eventual winner.