The 2022 NBA Finals will tip off from San Francisco's Chase Center on Thursday night. 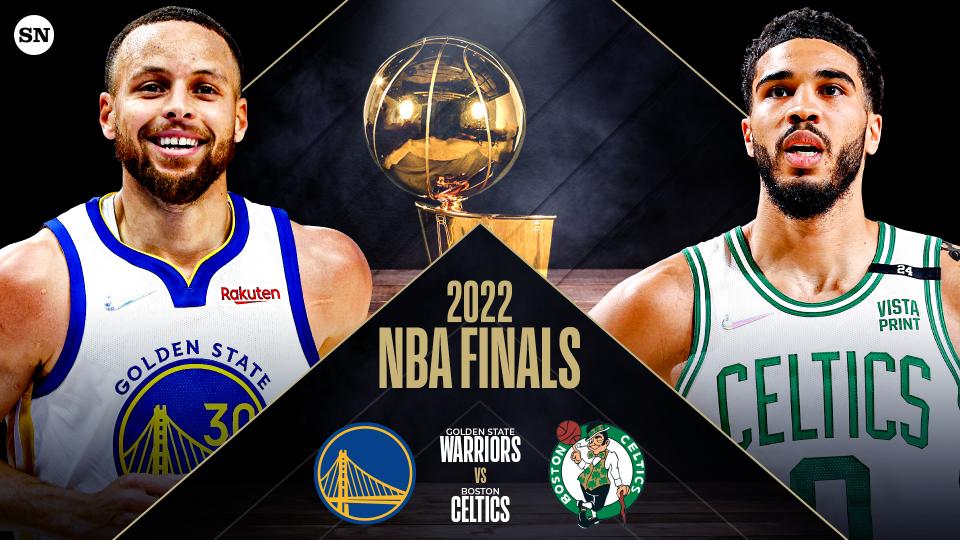 We made it, folks! The NBA Finals is upon us – and some how, some way, Boston will be competing. The Celtics are in San Francisco where they’ll take on the Golden State Warriors in game 1 of the 2022 NBA Finals on Thursday.

The game will tip off at 9:00pm ET (which really will be 9:15pm at the earliest). The entire series will be broadcast on ABC.

Check out some of my pre-Finals coverage for CLNSMedia.com HERE:

Celtics Outlast Heat in Game 7 – Open Up as Underdogs vs. Warriors

Who Will Win the Bill Russell NBA Finals MVP Award?

Here are the odds for Thursday’s game one, according to BetOnline.ag:

Boston arrived in the Bay Area on Tuesday afternoon, which in theory should give them enough time to rest up and get their body clocks right before tip-off of game one.

One of the many reasons, however, that I was so bothered that they didn’t win the Eastern Conference Finals at home last Friday, was because of this exact scenario. The Celtics essentially had to turn this thing right back around and head across the country and slam their heads on the pillow just to be relatively awake for Thursday night.

With plenty of players banged up, it feels like a very rushed scenario – and one that they could have completely avoided.

The Warriors, meanwhile, have been on their butts since last Thursday after mopping the floor with the Dallas Mavericks in five games.

The rest vs. rust debate will certainly unfold prior to game one. I’m taking rest:

As I mentioned in my series preview earlier in the week, Golden State is a “seasoned group of veterans who have been here before.”

They will show this on Thursday night. I think Boston will keep it close, but ultimately the Warriors show that their experience matters and win it at the end. The Celtics cover, but Golden State takes a 1-0 series lead.