Patriots Not Expected to Make the 2022 Postseason According to Oddsmakers

New England has some work to do if they want to make the playoffs this season. 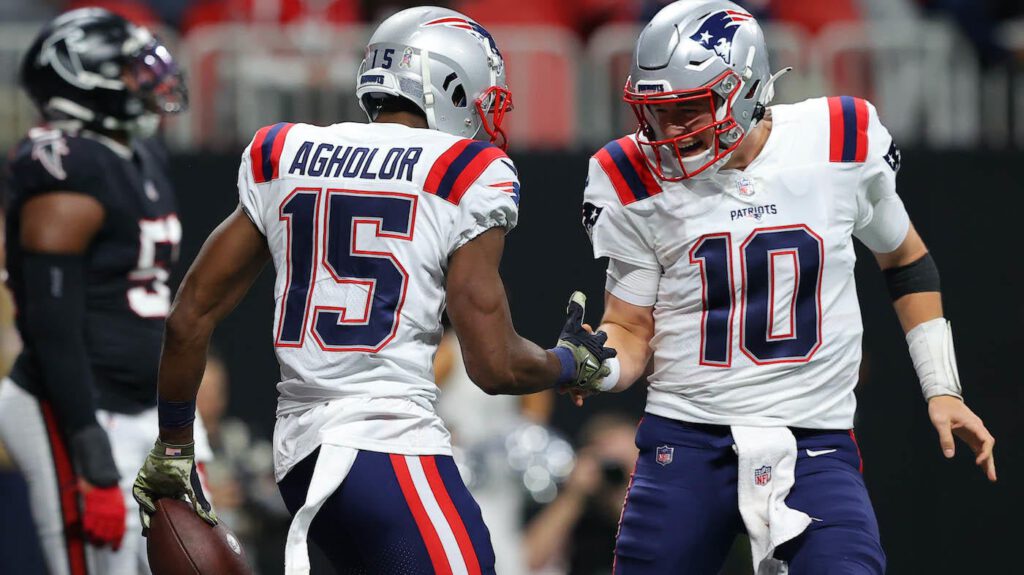 Though the NFL offseason is not even close to over, the Patriots are not expected to make the playoffs as currently constituted according to oddsmakers at BetOnline.ag. The sportsbook released their odds on each teams chances of making the postseason and New England’s aren’t great – to say the least. Take a look:

Will the New England Patriots make the playoffs?

How Many Games Will the Patriots Win in 2022?

I want to preface these odds with the fact that it’s only April 19th. We are still over a week out from the 2022 NFL Draft, and the Patriots greatly improved through the draft last offseason. They drafted QB Mac Jones, DL Christian Barmore, and RB Rhamondre Stevenson in 2021 – all of whom made an impact in year one.

Despite trading for Dolphins WR DeVante Parker a few weeks ago, wide receiver is still a major need for the Patriots. They need to capitalize on Mac Jones being on a rookie contract for another 3+ years, and it starts with surrounding him with weapons.

CLNS Media Patriots beat reporter Evan Lazar spoke on some of the top receiver targets in the 2022 draft here:

My favorite first-round wide receiver prospect in this class USC stud Drake London. London is a big-bodied receiver who dominated the PAC-12 in 2021. The 6’5″ 220-pound junior hauled in 88 passes for 1,084 yards and seven touchdowns in just eight (!!) games before an injury finished his season. London can be the security blanket that Mac Jones so desperately needs.

As Evan talks about, a mid-round prospect who should catch the Patriots eye is Alabama pass-catcher John Metchie III. Metchie is a smaller target at 6’0″ 195 pound, but he was the Crimson Tide’s leading target in terms of receptions in 2021, and would presumably be a higher rated prospect if he didn’t tear his ACL in the National Championship game in January. Mac Jones and John Metchie won a championship together the year prior at Alabama, and connected on 55 passes for 916 yards and six touchdowns. There is already something there with these two, so it feels like a slam dunk.

Another fit for the New England scheme, though also a smaller target, is Western Michigan wide receiver Skyy Moore. Moore was second in the MAC in receptions (95), yards (1,292) touchdowns (10). He’ll look to finally be a number one in the NFL. He certainly has the skillset to do it.

Needless to say, there are still holes to fill for the Patriots. I would agree with the oddsmakers that they are not currently a playoff team with the way the conference has loaded up, but there is still plenty of time for them to make improvements. We’ll see what happens come September.