Veteran signal caller Brian Hoyer will start in place of the injured Jones. 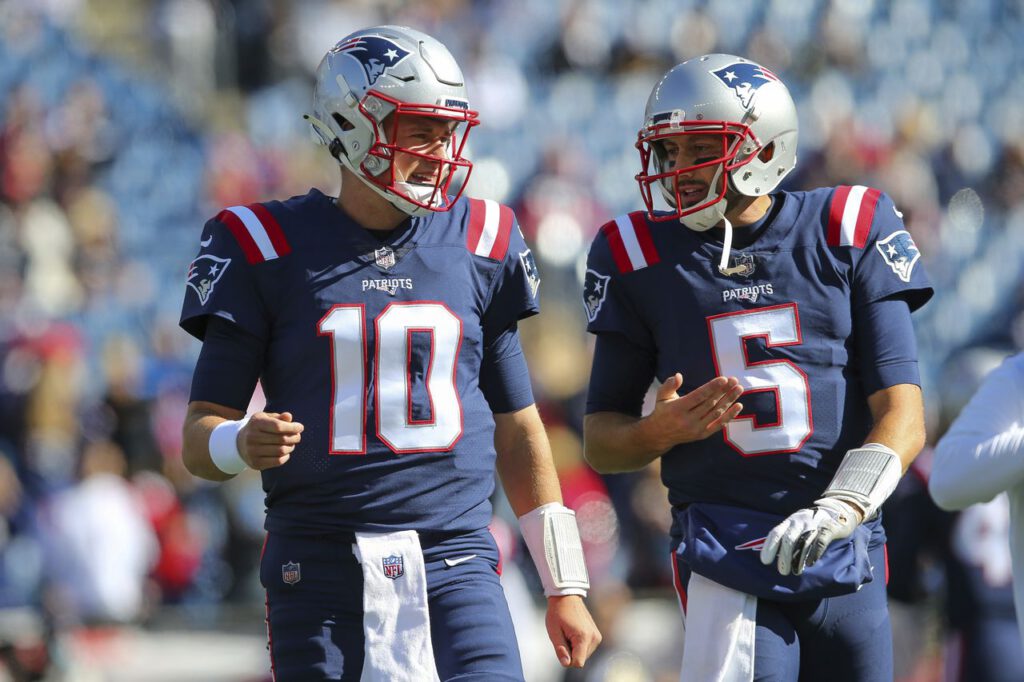 In their final injury report of the week, the Patriots officially ruled quarterback Mac Jones OUT for Sunday’s game vs. the Packers in Green Bay.

As we now all know, Jones hurt his ankle in the fourth quarter of the team’s loss to the Ravens last Sunday – and despite speculation of either tightrope surgery and a long layoff, it looked like Jones was gearing up to try and play on Sunday.

In fact, NFL Network’s Mike Giardi reported on Thursday that Jones was, “in the facility and participating in game planning. The Patriots QB has to told multiple teammates to not count him out of this weekend’s game at Green Bay, and is still operating as if he has a chance.” He followed that up on Friday with a report that there was still no change in the above plan. Jones was also at practice to start the session on Friday.

However, despite a serious effort, the “Mac Jones playing football on Sunday” ship officially sailed late Friday afternoon when the team’s injury report came out.

The team will now turn to veteran journeyman Brian Hoyer to take the reins at 4:25pm on Sunday in Green Bay. I wrote about Hoyer in my game preview yesterday:

Speaking of Hoyer! By all accounts, Brian Hoyer is going to make his first NFL start since 2020. The journeyman backup has been in the New England system for a combined eight seasons, and although I’d love to see rookie Bailey Zappe at the helm in Green Bay, Hoyer is the best option for this team.

Hoyer talked on Wednesday about the idea of him still being a good quarterback. He said, “I don’t think I’d still be here if I wasn’t.” I’d tend to agree, however he’s lost his last 11 starts.

Fun fact though: Brian Hoyer has the highest winning percentage by a starting quarterback in Cleveland Browns history – with a record of 10-6.

How they’re going to call the offense with Hoyer at the helm remains to be determined, but it’s certainly going to be interesting. We’ll have you covered here at CLNS Media both during and after Sunday’s 4:25pm kickoff. Tune on at CLNSMedia.com and on YouTube at Patriots Press Pass for coverage!