Can the youngster crack the lineup and put Boston on the right track towards the postseason? 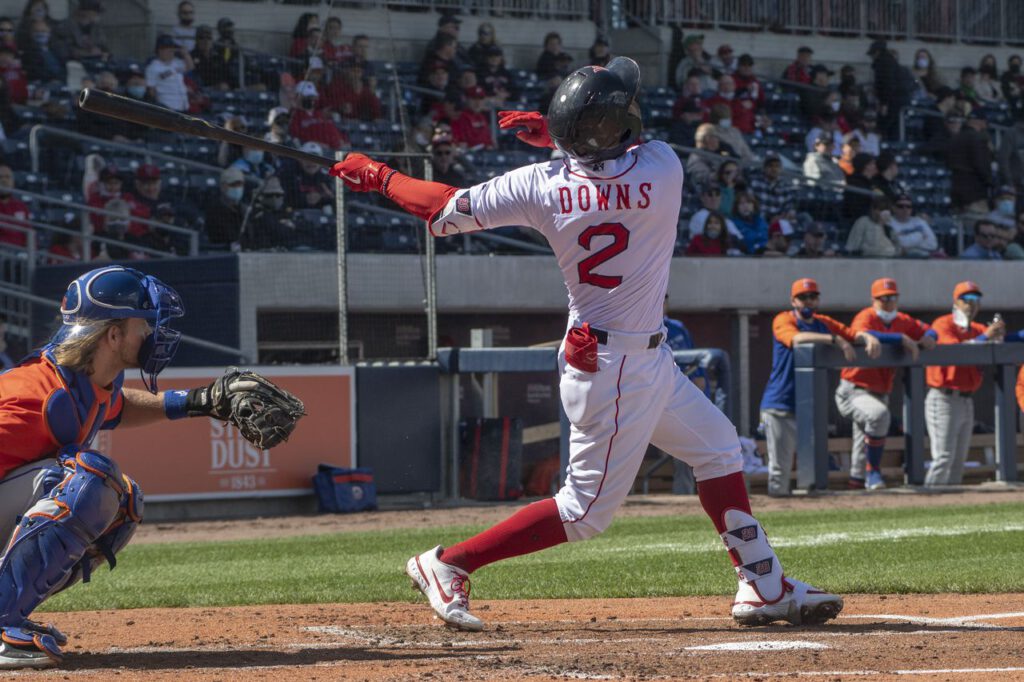 The Boston Red Sox have made a big move this afternoon, calling up Jeter Downs from the Worcester Red Sox and designating James Norwood for assignment.

As 98.5 The Sports Hub’s Alex Barth pointed out on Twitter, Boston has now officially called up all three players they received from the Dodgers in the Mookie Betts trade. Right fielder Alex Verdugo and catcher Connor Wong have suited up for the Sox, and now Downs will officially make his big league debut.

Will the 23-year-old make an impact this season? It’s hard for me to see it. Downs his hitting just .180 this season, and the Sox infield is loaded with talent. I’m interested to see how they use him.

According to BetOnline.ag, the Red Sox have the fourth best odds to win the AL East at +4000. Here’s their list:

The Red Sox are essentially playing for a wild card spot with the Bronx Bombers having a stranglehold on the divison thanks to leading AL MVP candidate Aaron Judge (+100 according to BetOnline.ag).

They are likely to get that wild card spot according to BetOnline, with a -135 chance to make the playoffs. Here’s what I wrote last week about their chances:

The Sox began the season 11-19 through their first 30 games, and have just recently started to pull themselves together. Despite the slow start, they are on pace for the same amount of wins they were expected to bet to start the season.

So does Jeter Downs push them over the edge? We’ll have to see. Both their playoff chances and their live win total have improved according to BetOnline, so things are headed in the right direction.

With the Celtics postseason over and the Patriots off until training camp, expect a lot more baseball updates here on CLNSMedia.com. Boston welcomes the Tigers for a three-game series starting Monday night at Fenway Park.