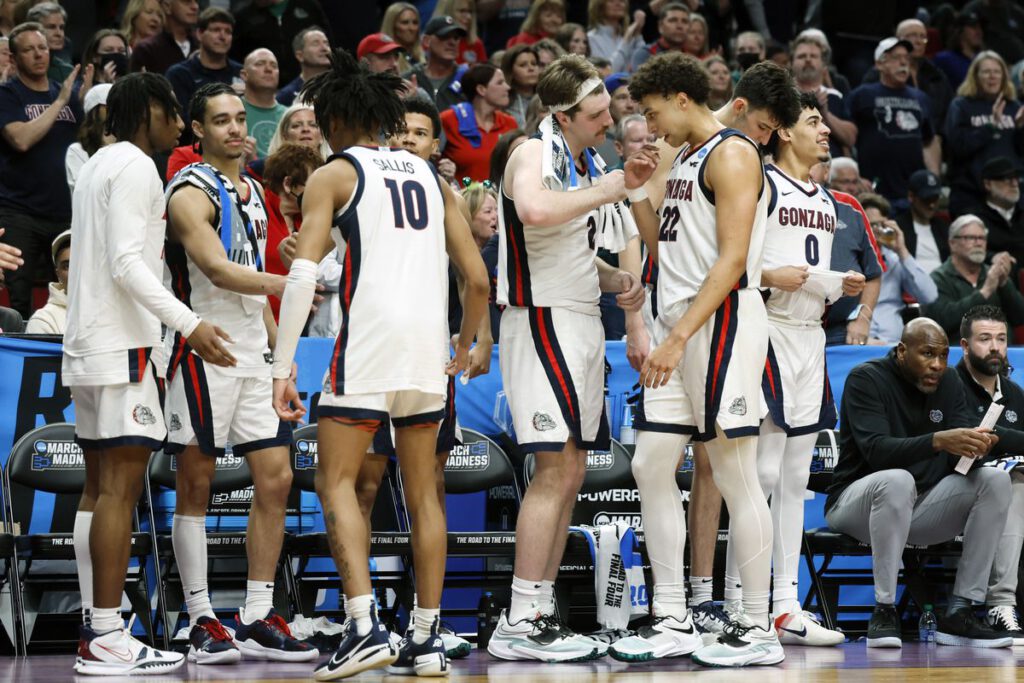 And here are my previews and predictions for Thursday’s West Region games with odds – as always –  from BetOnline.ag:

The first thing that comes to mind when I see Arkansas verus Gonzaga is the coaching matchup – and boy these guys could not be more opposite. Razorbacks head coach Eric Musselman has coached all over the map since he came on the basketball scene 1989 – coaching in the CBA, the NBA, and now for Arkansas’ since 2019. Musselman is fiery, outspoken, and looks like he physically wills his team to victory on the sideline.

Meanwhile, Mark Few is a man of few words up in Spokane, and he’s a Gonzaga lifer. The soft spoken head coach has been at the helm of the Bulldogs program since 1999 – and was only a GA and an assistant coach for the school before that. He has dominated the WCC for 20+ years and frankly has no reason to leave Washington.

This game is filled with elite talent as guys like Chet Holmgren, Drew Timme, and J.D. Notae have dominated college hoops all season long. We should be in for a good one on Thursday night.

Though I think it will be close early, Gonzaga will it out in the end. The Bulldogs win, cover, and get themselves to the Elite Eight.

Coach K is fighting for his basketball life day in and day out it seems. The five-time National Champion had his own little retirement tour this season after announcing in June that 2021-22 will be his last season coaching, and every time you think it’s over he keeps crawling back.

This was especially true when Duke was down 5 with just over 5 minutes to go on Sunday. However, the Blue Devils put Coach K on their back – finishing the game on a 20-6 run to keep their hopes alive for a few more days.

Texas Tech had themselves quite the scare on Sunday as well before taking care of business in the final minute against Notre Dame. Tech has been a rather surprising program over the last several seasons, having qualified for four consecutive tournaments and three of the last four sweet sixteens. The loss of head coach Chris Beard to rival Texas hasn’t mattered much at all, as Mark Adams took over and led the Red Raiders to a promising 27-9 record in 2021-22.

This should be a great game. Both team’s are playing great basketball so it should be fun to watch. Though Texas Tech has been impressive, I think Duke wins on Thursday as they win both the talent and the coaching matchup.

In what will be Coach K’s final win (as they’ll be no match for Gonzaga on Saturday), the Blue Devils get by Tech in a tight one.