Previewing three games to watch across the NFL this Sunday, powered by BetOnline.ag. 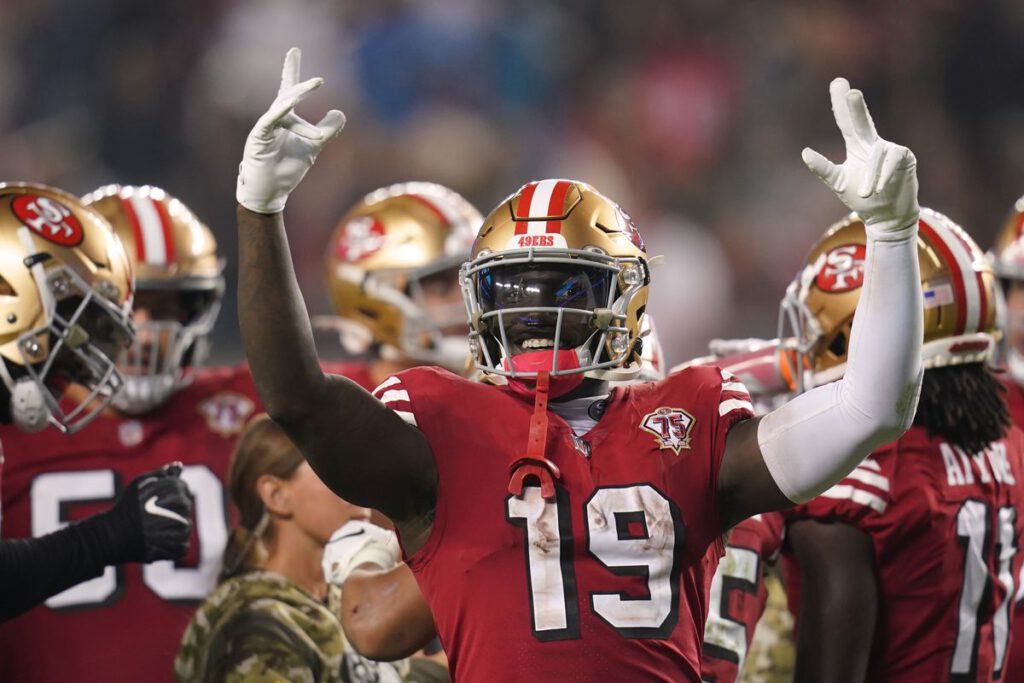 After a rollercoaster of a Thanksgiving Day with three solid football games, we’re back to our normal Sunday schedule. As we inch closer to the end of the season, these games will start to mean so much more as the playoff picture sets in.

We’ll need a winning Sunday as we look to bounce back from my god awful picks and prop bets from Thursday – so here are my three games to watch thanks to BetOnline.ag:

The Colts find themselves in a game to watch for the second time in as many weeks after their slaughter of the Bills last Sunday. Jonathan Taylor had an all time performance in Buffalo, and is slowly starting to cement himself in the MVP race. Indy has a slew of big games coming up with the Patriots, Cardinals, and Raiders on the schedule – but Tampa comes to town first and they can’t look past that.

Tom Brady and the Bucs bounced back in a big way on Monday night with a 30-10 win over the Giants. They had lost their previous two games with Brady turning the ball over four times. They’ll look to keep the ball rolling against the Colts in hopes of getting hot at the right time just like they did a season ago.

This is yet another one of those classic let down spots that we see in the NFL. The Colts are flying high after a dominant win against the Bills, and  I’m sure that’s feeding into the small line of (-3). Tom Brady owns the Colts – he’s 11-3 against them in the regular season and 4-1 against them in the playoffs. He’ll continue this trend on Sunday. Tampa wins and covers on the road.

The Vikings and 49ers are two of the hotter teams in football right now as they fight for playoff spots in the NFC. They are the sixth and seventh seeds in the conference respectively, and are both well equipped to make some noise down the stretch.

Minnesota has had an abundance of distractions this season, but continue to push forward and chalk up W’s. They’ve won two in a row since losing a barn burner to the Ravens, and will look to keep their momentum going against San Francisco. As much as I can’t stand Kirk Cousins, he does exactly what the Vikings need him to do to stay competitive.

San Francisco have also won two in a row – and Jimmy Garoppolo is playing some of his best football over the last several games. He’s playing on schedule and limiting his turnovers, which is exactly what the talented 9ers need him to do. We’ll see if he can keep this going on Sunday.

I think Jimmy G and the 49ers stay hotter than the Vikings here. I’ll never touch Kirk Cousins in a semi-big spot, and I think the lights will shine too bright for him in the Bay Area. Kyle Shanahan will probably be drooling watching his prized possession in Cousins on the other sideline, but the 49ers will still get their third win in a row.

The Rams are in dire need of a win after dropping their last two games to the Titans and 49ers. The once high-powered offense has completely stalled out as of late, putting up just 26 points over their last two games. Just a day after bringing in free agent wide receiver Odell Beckham Jr., LA’s second leading pass catcher Robert Woods tore his ACL in practice – making the addition of OBJ a necessity instead of a luxury.

Meanwhile, Green Bay has dropped two out of their last three games, and was struggling on offense before putting up 31 last week in their loss to Minnesota. Aaron Rodgers is dealing with a toe injury that he claims to be incredibly painful, but I’m sure that was just another stint to keep his name in the mouths of Americans. Anyway, this is an important game for the Packers who will want to prove to the Lambeau crowd that they they can compete with the best of them in the NFC.

It’s a chalky week for me picking three favorites, but I have to ride with my Super Bowl pick again this week. The Rams need a win BADLY, and I think McVay will have LA ready to play. Toe Rogan has the Packers playing decent football, but they’ll get stubbed on Sunday afternoon. Take the Rams – they’re more desperate.