Could the long-time Patriots coach actually be on the hot seat if the team doesn't improve in 2022? 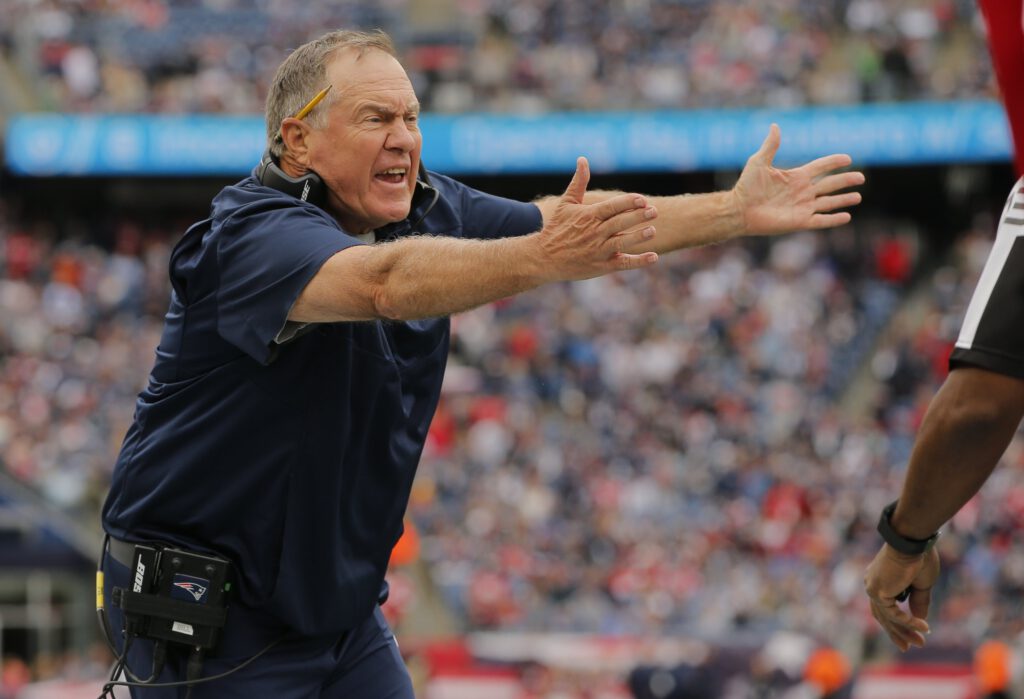 Now that we’re through the NBA Finals, the 4th of July, and are heading into the second half of the summer – there’s only one thing on my mind: NFL Training Camps.

More specifically – Patriots training camp. New England will start their training camp on Tuesday, July 26th – with practice starting on the 27th. When I attended Pats minicamp in June, quarterback Mac Jones was the star of the show. He has complete command of the offense, his touch has improved, and his arm strength and velocity are miles ahead of where they were a year ago.

The only thing that’s standing in the way of Mac right now? Oddly enough – it’s New England’s coach. Though Bill Belichick is the greatest coach of all-time, he has made some incredibly questionable decisions with the offensive staff since Josh McDaniels departed for Las Vegas earlier this offseason.

Could this cost Belichick his job? Probably not – however oddsmakers at BetOnline.ag don’t think it’s unlikely that he would lose his before far more unproven coaches like Doug Pederson and Brandon Staley.

BetOnline recently posted their odds on who they think will be the first coach fired this season. Here is their full list:

First NFL Coach to Get Fired or Resign

The odds-on-favorite to be fired first is Panthers head coach Matt Rhule. Rhule (+300) has a 10-23 record through his first two seasons coaching in Carolina, and the eye-popping struggle throughout his tenure has been the QB carousel. The Panthers have started Teddy Bridgewater, Sam Darnold, Cam Newton, and P.J. Walker since Rhule arrived, and have paid them a lot of money. They drafted rookie Matt Corral in 2022 – so hopefully he can change things for both the coach and the franchise.

Pete Carroll, who some would argue is a top-10 coach in the NFL, has 6/1 odds to be fired – third behind Rhule and Mike McCarthy (+450). The Seahawks are on the hunt for a quarterback after parting with former franchise quarterback Russell Wilson in March. There are rumors that the team could trade for Browns quarterback Baker Mayfield – but until they do so, both Carroll and the Seahawks remain firmly on the hot seat.

As mentioned before, both Brandon Staley (+6600) and Doug Pederson (+6600) have less likely odds to be fired before Bill Belichick. Now granted, Pederson is in his first year with the Jaguars and Staley is going into his third with arguably the best quarterback behind him in Justin Herbert, but putting guys like this behind Belichick is very odd.

Frankly, I don’t see Bill, Staley, or Pederson being fired in 2022 – but it’s interesting to see what the oddsmakers think.

As always, keep it here with us at CLNSMedia.com for all of the latest surrounding the Patriots as we head into training camp later this month.