Taking a look at the odds for Friday's Midwest region games. 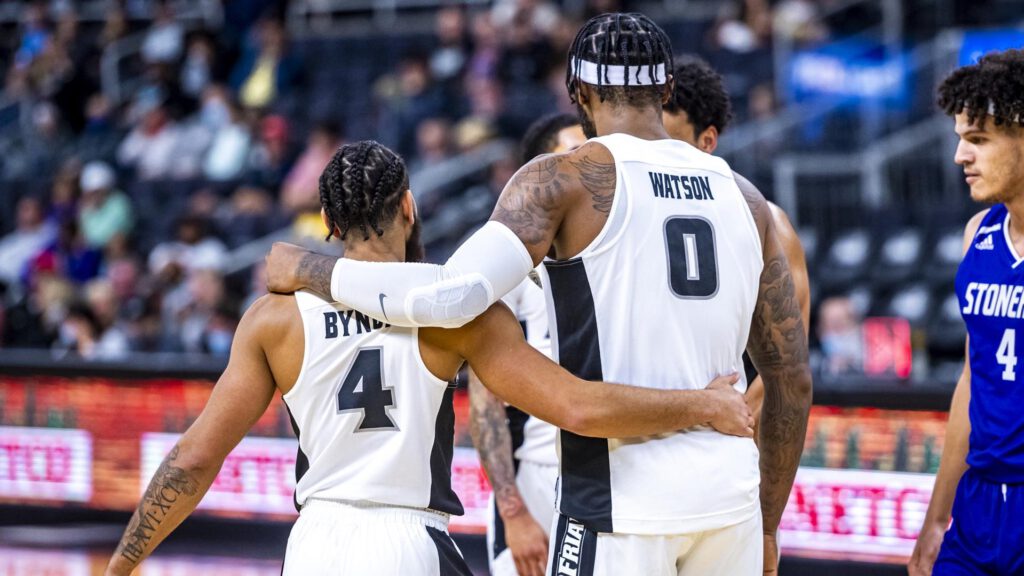 And here are my previews and predictions for Friday’s Midwest Region games with odds – as always –  from BetOnline.ag:

Though they’re a 4-seed in the Midwest and finished the season ranked #15 in the country – the Providence Friars got to this point against all odds. They were favored by just 3 points in their first round game against South Dakota State and by just four against Richmond last round, but beat both of them handily. A few weeks ago, I had the Friars as my fifth favorite pick to win the title. Here’s what I wrote:

Call me crazy, but Ed Cooley has something going down in Providence. They are the ninth ranked team in the country, and are coming off of a dominant home win against the Creighton Jays. Center Nate Watson has been an outstanding interior player for Providence, and is shooting 65% from the field in the team’s last four games.

They head to Villanova on Tuesday night to take on the 11th ranked Wildcats – a true test to see if Providence is for real in 2022. If they can get some momentum going heading into the Big East tournament, I wouldn’t be shocked to see the 24-3 Friars playing basketball into April.

As for Kansas, they finished the season as the number 3 team in the country – led by senior guard Ochai Agbaji. Agbaji has gone for 11 and 16 point so far in the tournament, and has +1000 odds to win Most Outstanding Player according to BetOnline. That’ll be tough to do if they don’t get past the Friars…

Which is exactly what I’m predicting. Providence continues to defy the odds and gets to the Elite Eight for the first time since 1997.

Both of these teams are coming off of major upsets last weekend as Miami beat #2 Auburn 79-61 and Iowa State beat #3 Wisconsin 54-49. Now, the Cyclones and Hurricanes face off in the Windy City for a chance to advance to the Elite Eight. Poetic isn’t it?

Miami plays in arguably the best conference in the country in the ACC and is led by an experienced coach in Jim Larrañaga. So their two round run isn’t terribly shocking. Their guard play is simply outstanding led by guard’s Kameron McGusty and Ian Wong, and although their front court could use some work, their backcourt is what got them here, so you have to respect it.

The Cyclones, on the other hand, are somehow riding high after going 7-11 in the Big 12 this season – good for just 11th in the conference.

Iowa State can’t compete with Miami. The ACC is a much stronger conference – and that will show on Friday night. The Hurricanes continue their run and will take on the Providence Friars in the Elite Eight.