DRAFT DAY! Positional Need vs. “Best Available” – Who Will the Patriots Take With Their First Pick?

New England has plenty of holes to fill on their roster this weekend. Which one will they tackle first? 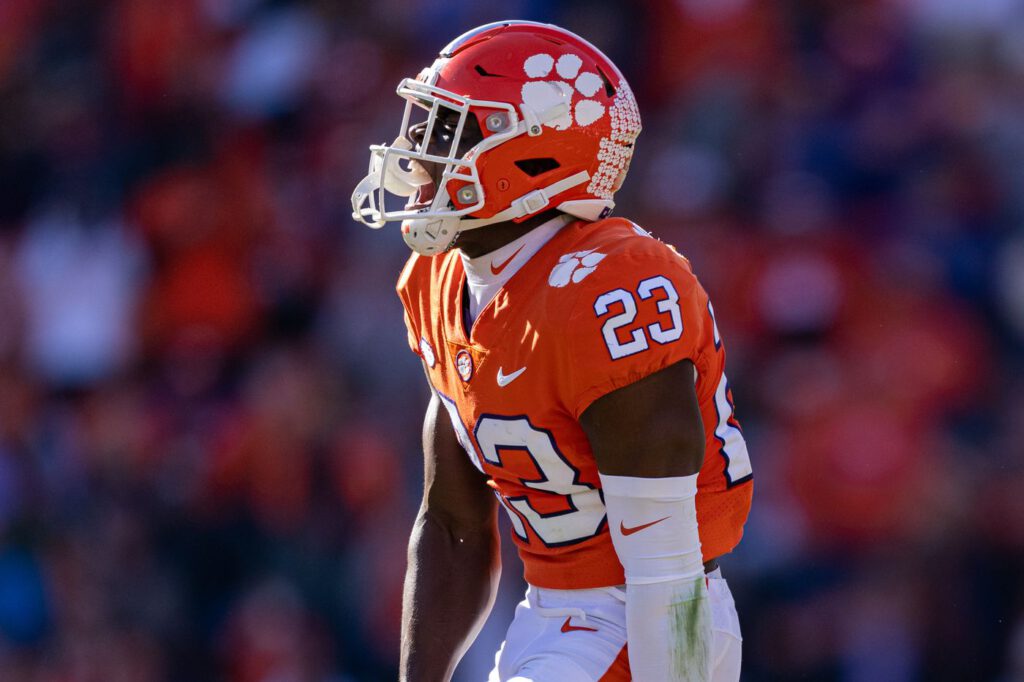 Happy Draft Day folks! What a time to be alive.

The first round of the draft is without a doubt my favorite off-cycle NFL day of the year, and thankfully it’s here. There is so much that goes into team’s big boards, reporters’ mock drafts, and media company’s productions – and it all comes together today.

Check out some of my pre-draft coverage from CLNSMedia.com HERE:

Colts, Patriots Among Teams Who Could Land Deebo Samuel

Patriots Not Expected to Make Postseason in 2022

Our partners at BetOnline.ag have odds posted for every single NFL team as we try to predict which position group they’ll go after with their first picks.

Below are the Patriots odds:

There’s no sense in betting anything but the top five on this list. Their safety, running back, and tight end rooms are loaded, and there’s no chance they take a QB or a specialist with their first selection. They do however, need corners, offensive linemen, and front seven players. I think they could take any one of them with their first pick. Here is who I see as a fit at each position:

I think taking Clemson’s Andrew Booth would be a sensational first pick for the Patriots. Cornerback is a major position of need, Booth is an experienced player, and he’s played on the big stage before with the Tigers. He was an All-ACC in 2021 and is ready to lock it down in the pros. He’d be a day one starter in New England.

Zion Johnson just feels like a Patriot. The 6’3″ 315-pound guard from Boston College was an All-American in 2021 and might have the lowest bust potential in this class. After losing Joe Thuney to free agency and trading Shaq Mason to Tampa over the past two seasons, New England is desperate for another stud interior offensive lineman. I think Johnson could be that guy.

The Patriots taking a wide receiver in the first round will come with plenty of push back, but the guy I’m okay with is Jameson Williams. Here’s what I wrote about the pass-catcher in my WR Over/Unders:

The Scoop: Jameson Williams is one of two stud Alabama wide receivers who is going to be drafted lower than they should due to an ACL injury. Both he and John Metchie III tore up their knees in their final season with the Crimson Tide – brutally hindering their draft stock. Williams, who was once considered the top WR in this class, will still be a first round pick – but will fall out of the top 11.

Williams could easily fall out of the top 11 and into New England’s lap. They’d be crazy to not take him if he gets there. It’s also going to be much cheaper to trade up this year since teams are clamoring to trade back. Could this be something the Patriots have up their sleeve? Crazier things have happened…

Quay Walker is a front seven defender who I could see New England reaching for in the first round. The top three LB’s in the draft are Devin Lloyd, Nakobe Dean, and Walker. Walker is bigger than Dean – which the Patriots look for, and may be more reliable than Lloyd coming from the Georgia defense. I’d love to see him as a Patriot.

If Jordan Davis somehow falls to pick 21, Bill Belichick and Matt Patricia will be doing the Cotton-Eyed Joe in the Patriots war room. Davis is the real deal, as I wrote in my DL Over/Unders Preview:

The Scoop: Jordan Davis is the real deal, and if he didn’t have weight problems he’d probably be the first pick in this draft. The National Champion gained nearly 20 POUNDS between Georgia’s SEC Championship win and the College Football Playoff, and the Bulldogs had to limit his snap count becuase of it. He took the weight off and got in shape for the combine, but this is something that may scare scouts off. Regardless, he’ll be a top-14 pick.

The weight is certainly an issue, but it’s something I’m confident New England can handle. Having Christian Barmore and Jordan Davis on your defensive line sets up your run defense for life. I don’t expect him to fall to the Pats – but it’s fun to think about.

So Who Are They Taking?

There’s a ton of buzz around Quay Walker to New England right now – and if he’s there I think they’ll take him. Could it be a smokescreen? We’ll have to wait and see…