Taking a look at where Kenny Pickett and others will be drafted this weekend. 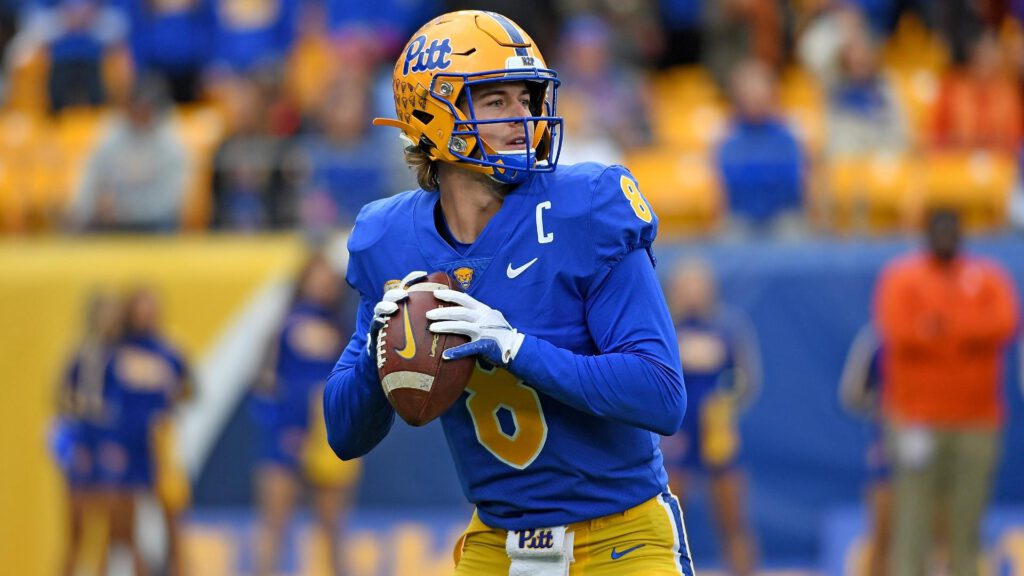 We’re onto the quarterbacks as I continue my BetOnline NFL prospect over-unders. We will have you covered all draft week (and weekend) here on CLNSMedia.com. As I outlined yesterday, here’s what you can look forward to:

Check out some of our other pre-draft content from CLNSMedia.com HERE:

As you know, our partners at BetOnline.ag have draft position bets posted for all of the top prospects. Below I take a look at the top quarterbacks in this class, and give my pick on where they’ll be drafted:

The Scoop: Much like Sauce Gardner, Desmond Ridder helped the Cincinnati Bearcats become the first non-Power Five team to make the College Football Playoff in its history. Ridder played four seasons with Cincy – throwing for 18+ TD and single-digit interceptions in each season under center. He is also a 2x AAC Offensive Player of the Year. A team will take Ridder in the first. Count on it.

The Scoop: I don’t have nearly as much confidence in Kenny Pickett as everyone else does this draft season. Pickett was an extremely average quarterback up until his miraculous senior season, and no matter what you think of it – his small hands don’t help his cause. His 42 TD 7 INT senior campaign was extraordinary, but I don’t trust him as a pro. He’ll be a first-rounder but I wouldn’t pick him in the top 12.

The Scoop: Many consider Malik Willis to be the top quarterback in this class. He was a two-year starter at Liberty and led the Flames through two dominant offensive seasons. With his rocket arm, many draft gurus have Willis going to the Panthers at pick six. I have someone else slotted there (see below), but he won’t get past the Seahawks at nine.

The Scoop: Matt Corral is my favorite QB in this class. He helped Lane Kiffin bring Ole Miss’ offense to new heights the past two seasons, and his dual threat ability will allow him to be a successful pro. He’ll need to put on some weight, but I think he’s a great fit in Carolina. He’ll be the first QB off the board when the Panthers take him at #6.