Here are my previews and predictions of the two Elite Eight games on Saturday. 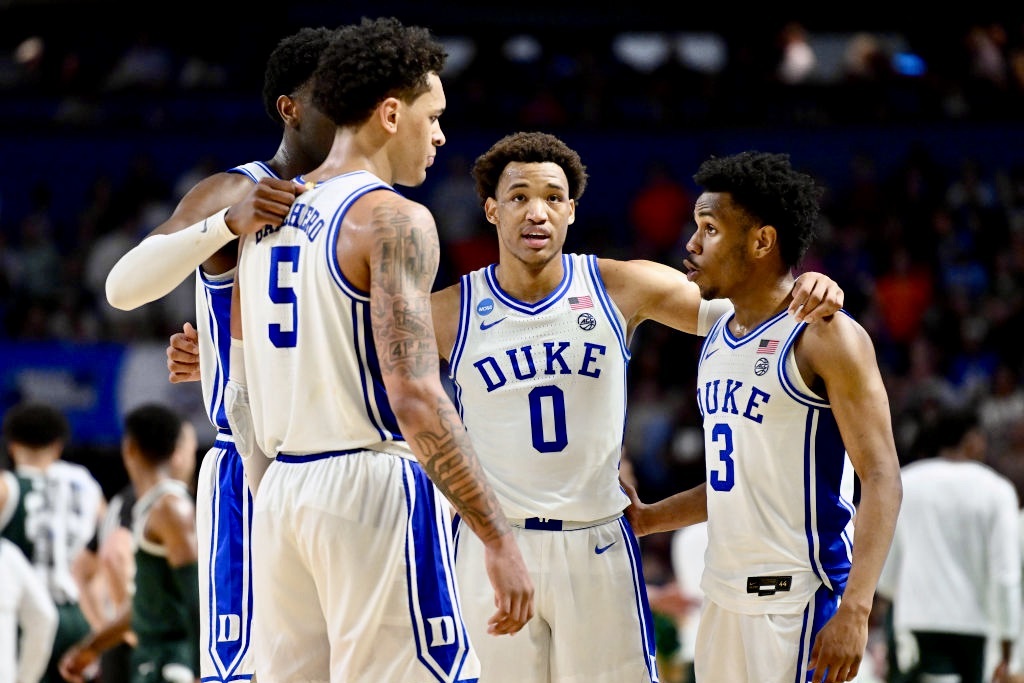 GREENVILLE, SOUTH CAROLINA - MARCH 20: The Duke Blue Devils huddle in the second half against the Michigan State Spartans during the second round of the 2022 NCAA Men's Basketball Tournament at Bon Secours Wellness Arena on March 20, 2022 in Greenville, South Carolina. (Photo by Eakin Howard/Getty Images)
Share
Facebook Twitter Email

And here are my previews and predictions for Saturday’s Elite Eight games with odds – as always –  from BetOnline.ag:

Houston and Villanova will face off Saturday night from the AT&T Center in San Antonio for the chance to reach the Final Four.

For Houston, it would be their second Final Four in as many years. The Cougars have won six in a row, and have won all three of their tournament games by 12+ points. Guard Kyler Edwards led Houston with 14.1 point per game this season, but is averaging just under 20 in the tournament. They’ll need to ride Edward’s offense if they want to move on.

For Villanova, it would be their third Final Four appearance since 2016 – and head coach Jay Wright’s fourth as the coach of the Wildcats. Nova is led by senior Collin Gilespie – who I mentioned in January is making a case for himself to play in the NBA:

Villanova is 15-5 on the year and is currently ranked 14th in the country. Senior guard Collin Gillespie leads the Wildcats in scoring averaging 17.2 points per game – and could be making a case for himself to be a late second-round draft pick in April’s NBA draft.

This game is going to be grinded out by both teams. The experience of Villanova mixed with Houston’s tenacious defense will make it appointment television on Saturday.

I ultimately think experience prevails, and Villanova gets back to the Final Four.

Arkansas and Duke are both coming off of monster victories against Gonzaga and Texas Tech respectively – and are steamrolling their way to a Final Four birth.

The Razorbacks took down the number one team in the country on Thursday night, beating Spokane’s greatest 74-68. They held Gonzaga’s Chet Holgren to just 11 points and forced him to foul out towards the end of the game, essentially sealing the deal for them. Drew Timme put up 25 for the Bulldogs, but it wasn’t enough and Arkansas came out victorious.

Duke and Texas Tech followed this up with a barn burner that went down to the wire. Down four at half – Duke cut the deficit before going on a 7-0 late in the second half to ultimately sealed the deal. NBA draft prospect Paulo Banchero led the Blue Devils with 22 points in the win, extending Coach K’s career by at least one more game.

I expect another hard fought Elite Eight matchup from Arkansas and Duke, and coach Muss and the Razorbacks feel like the perfect villain to ruin Coach K’s retirement tour.

Unfortunately, it feels like destiny that the Blue Devils continue on and get back to the Final Four for the first time since 2015.